Political dialogue between Togo and the European Union in Lome 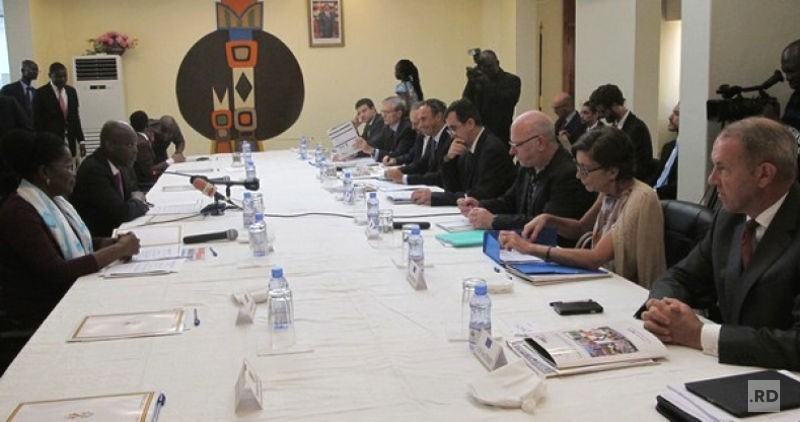 This annual meeting, established in accordance with article 8 of the ACP – EU partnership agreement allows to do the update on political developments and cooperation and Exchange on political, economic and social issues.

The 17th session of the political dialogue between the Togolese Government and the European Union opened Monday morning at the Ministry of Foreign Affairs, cooperation and African integration. The meeting is co-chaired by Minister Robert Dussey and the head of the delegation of the EU to Togo, Nicolas Berlanga Martinez.

Discussions between the two parties will focus on socio-political issues, including the process of decentralization, trade, investment and regional integration, the passage of Togo before the Council of the human rights of the United Nations as well as on maritime security and terrorist threats.

At the opening, the European Union congratulated Togo for the success of the Summit on maritime security and development in Africa held in October.

Minister Dussey testified on the recognition of Togo to the EU for its support in the Organization of the Summit said.

For the European Union, have note, outside the presence of Nicolas Berlanga Martinez, the presence of the Ambassador of France in Togo, Marc Fonbaustier, Mr. Stéphane De Loecker of Belgium, Tove Degnbol of Denmark, Giovanni Favilli of Italy, Ron Strikker of Netherlands, Rafael Teck responsible for acting in the Germany business, etc.