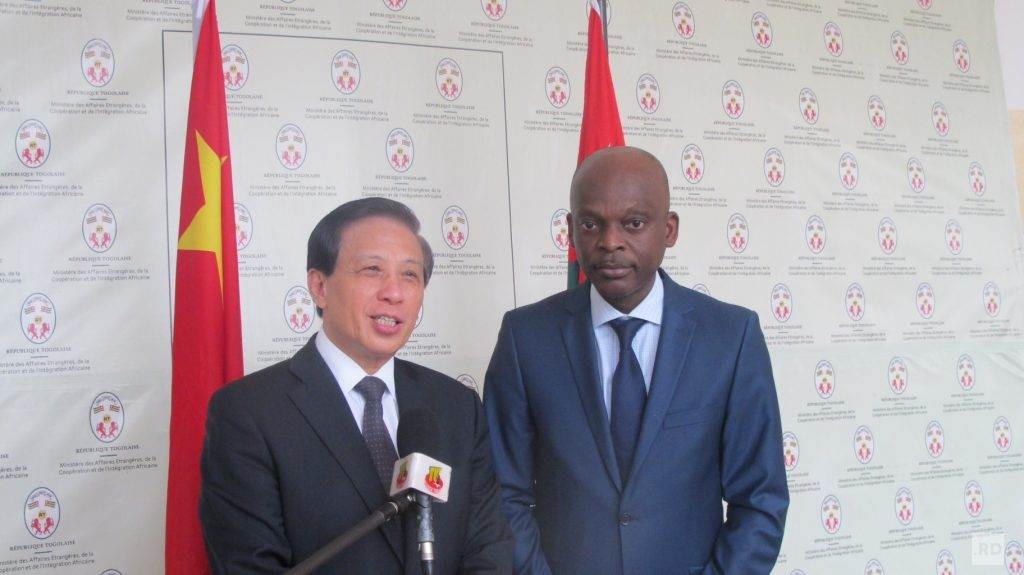 Chinese Vice Foreign Minister Zhang Yesui has been on Wednesday for a 48-hour visit to Lome to boost Sino-Togolese friendship and cooperation.

“The objective of my visit to Togo is precisely to implement the consensus reached by the two heads of state to further advance the relations of friendship and cooperation between the two countries,” said Zhang At the end of a working session with Togo’s Foreign Minister, Robert Dussey. 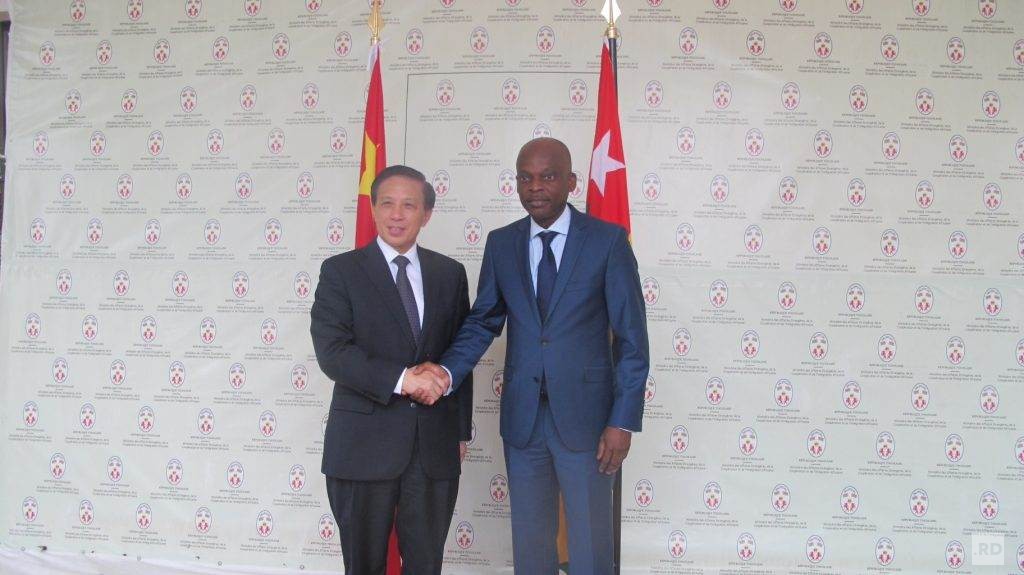 “In terms of health, you have built two hospitals, on the agricultural level there is a technical pilot center at the entrance to Lomé, on the water, hydraulic and sanitation level you have built 200 water wells and on the Education plan, Togo benefits from many scholarships for its citizens who will train in China, “continued Mr. Dussey.

“In the great achievements we have the Presidential Palace, Palace of the National Assembly which is under construction by China, the new terminal building of Gnassingbé Eyadéma International Airport, all of which are achievements of China, we are We are satisfied in Togo bilaterally of this cooperation that we wish it to continue to be very dynamic and wish in the next few years that we can evolve and move towards the transfer of technologies essential for the follow-up of the work Which you have in Togo, “concluded the Togolese Minister of Foreign Affairs.