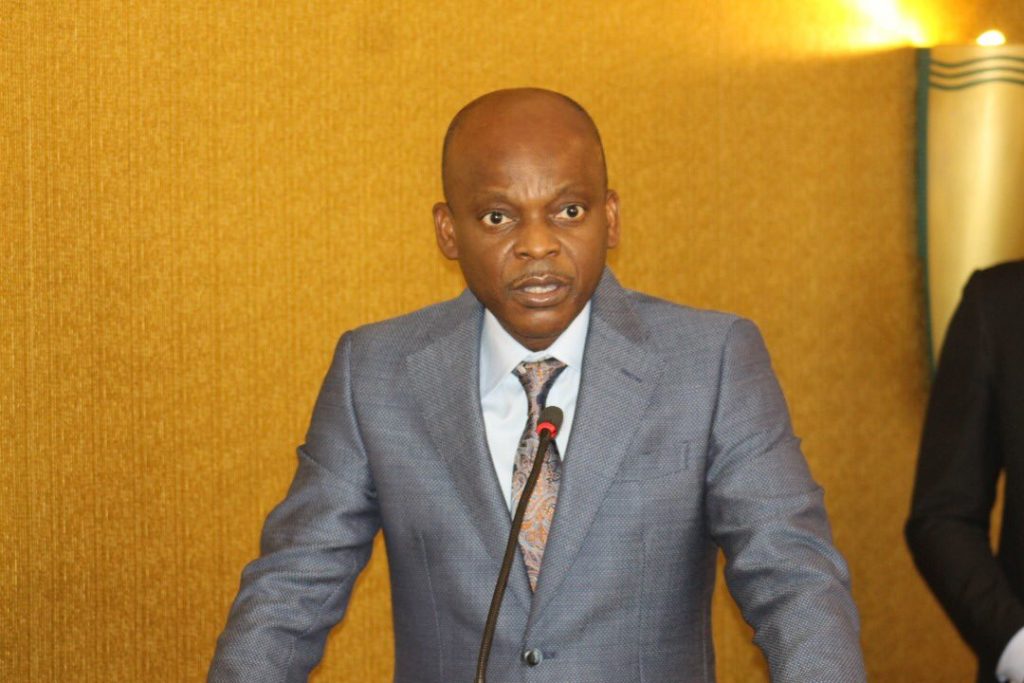 INTRODUCTIVE WORD OF PROF. ROBERT DUSSEY, MINISTER OF FOREIGN AFFAIRS, AFRICAN INTEGRATION AND TOGOLESE ABROAD ON THE OCCASION OF THE LAUNCH OF THE ROADMAP OF THE TOGOLESE ABROAD

Dear friends of the press,

It is with a real pleasure that I address you on this day of launching the roadmap that the Head of State, HE Mr. Faure ESSOZIMNA GNASSINGBE, has kindly entrusted to us in the context of strengthening the fiber patriotic that binds Togo to its diaspora.

By deciding to change the name of the Ministry of Foreign Affairs, adding: Togolese Abroad,

the President of the Republic wanted to show the importance and the role of the diaspora in the development of Togo.

There is no nation, teach us Ernest RENAN and today Jean BAECHLER, without a sense of community of destiny, without a national conscience.

Fate among the Stoics is absolute, so Stoicism has a deterministic conception of the cosmos. Destiny is the causal chain of events. Cicero writes in his treatise on divination: “I call fate (fotum) what men call the heimarmene, that is, the order and the series of causes, when a cause linked to another by itself produces an effect (…) we understand that fate is not what superstition means but what science says, namely the eternal cause of things, under which past facts have arrived, the presents arrive and the futures must arrive “.

The universality of destiny does not exclude human action. He integrates it into his consolidations.

The Togolese nation is a community of citizens and the Togolese community of the diaspora is a significant part of our social contract and forms the community of destiny. The number of Togolese living abroad is estimated today at more than two million people and the strongest Togolese communities are reported in neighboring countries (Benin, Ghana, Burkina Faso), Nigeria, Gabon, Chad , in Niger, Equatorial Guinea, Europe (France, Germany, Belgium, etc.) and in certain countries of the American continent (Canada, United States, etc.).

The roadmap to be presented at this ceremony by the Director of Togolese Abroad makes the protection and defense of the interests of Togolese abroad a national priority. Compatriots, because one of the basic needs of every human being is the need for security, wherever they are in the world, must feel safe and protected. Our compatriots in the diaspora have the right to expect more protection from the motherland.

The implementation of the roadmap will enable our country to make the diaspora, a strategic partner of the National Development Plan (NDP), including through the promotion of skills and activities transfers, the strengthening of relations between national actors and Togolese expatriates, and the mobilization of resources.

The Government’s new policy towards foreign compatriots is based on a deep conviction: our national construction project is a forward-looking project that needs the support of all. The diaspora is already playing a role, but it can still do better.

I remind you, for the record, that the Togolese money transfers from the outside to the homeland have continued to grow exponentially since 2010 to reach nearly 423 million US dollars in the year 2017. represents, on average, about 10% of our country’s gross domestic product (GDP).

The Government is working to create the conditions for greater involvement of the diaspora in the work of national construction. This is the place to recall the actions that the Government has already had to carry out in favor of the diaspora. I can mention, among other things, the creation of the Togolese Direction of the outside by decree in 2005; the development and implementation of the Diaspora program, including the use of diaspora skills and the carrying out of studies (2010-2014); the creation in 2014 of an interministerial committee to coordinate and monitor migration and development activities; setting up a diaspora cell to accompany the Togolese from outside with projects; the designation since 2015 of focal points responsible for the diaspora in the diplomatic and consular missions of Togo; the diaspora meetings in 2013 and 2014, which will be renewed

Moreover, the Government is working to strengthen the positive freedom of Togolese in the diaspora wherever they are, wherever they work. The freedom of the citizen, as Amartya SEN teaches us (Indian, Nobel Prize of economy in 1998 and philosopher), is a social and political responsibility. The President of the Republic and the Togolese Government are well aware of this fundamental truth.

On 28 and 29 November 2019, the Government will organize the first Togolese Foreign Economic Forum, which will provide an appropriate framework for the Government and the diaspora members carrying out projects to explore the financing capacities of Togolese abroad and to mobilize them for the implementation of the PND.