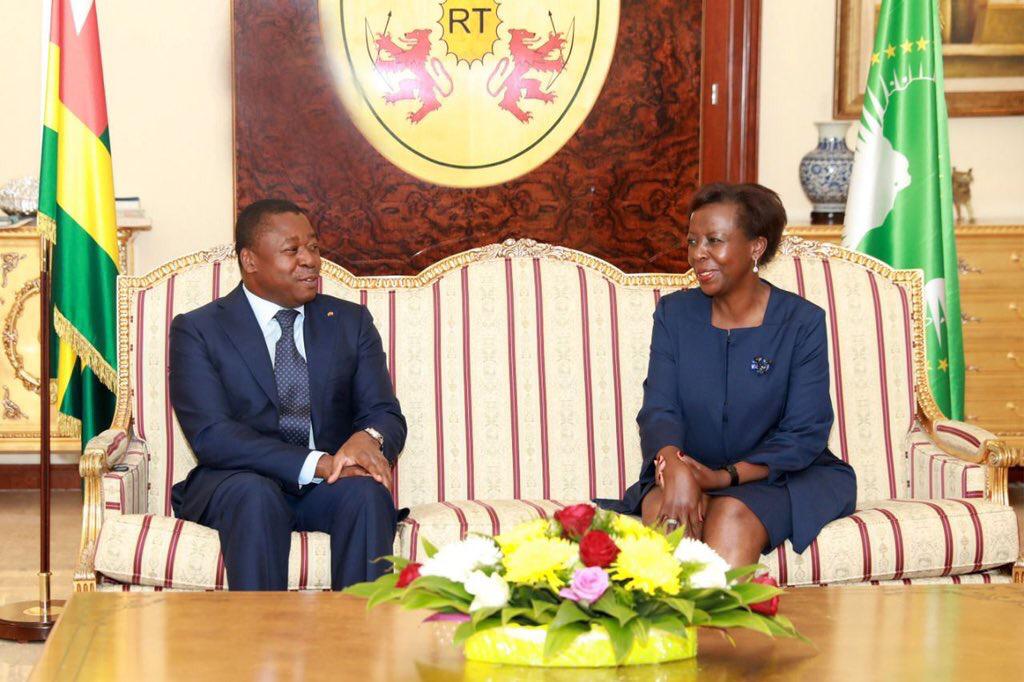 At the invitation of His Excellency Professor Robert DUSSEY, Minister of Foreign Affairs, African Integration and Togolese Abroad, HE Ms. Louise MUSHIKIWABO, Secretary General of La Francophonie (OIF), paid an official visit to Lomé , from December 16 to 18, 2019.

This visit is part of the strengthening of cooperation relations between the OIF and Togo.

During her stay on Togolese soil, the Secretary General of the OIF was first received by the Head of State H.E. Faure Essozimna GNASSINGBE, at the Palace of the Presidency of the Republic. She took the opportunity to brief him on the activities of the Organization and welcomed the active cooperation between the OIF and Togo.

She then paid a courtesy visit to the Prime Minister and the Honorable President of the Togolese National Assembly.

The work focused on strengthening cooperation ties between Togo and the OIF. The two parties first took stock of OIF’s achievements in Togo and then addressed future plans.

In terms of results, the two parties expressed their satisfaction with the projects already carried out and those in progress, in particular in the following areas:

With regard to linguistic and cultural diversity, the main program developed between the OIF and Togo concerns the Centers for Reading and Cultural Animation (CLAC), launched since 2000 with a network of eleven (11) Clacs, welcoming in average 350,000 people each year. A twelfth (12th) CLAC is being opened.

The OIF also funded the “School and National Languages ​​in Africa (ELAN)” program; supported the National School of Administration (ENA) in the organization of a first training of the teaching staff and implemented the French-speaking project of support for local development (Profadel / OIF) in several communes of Togo.

Regarding future projects, the Togolese side hoped that the actions of the OIF would be further strengthened in the field, especially digital, through the support of the OIF in the establishment of the Center for Artificial Intelligence at Togo so that it becomes a reference in French-speaking Africa.

The two sides finally welcomed the good quality of the cooperation relations between the OIF and Togo and undertook to further strengthen them.

The OIF Secretary General also visited the Palace of Lomé where she was very impressed by the quality works of art and congratulated the Togolese authorities for having renovated this palace.