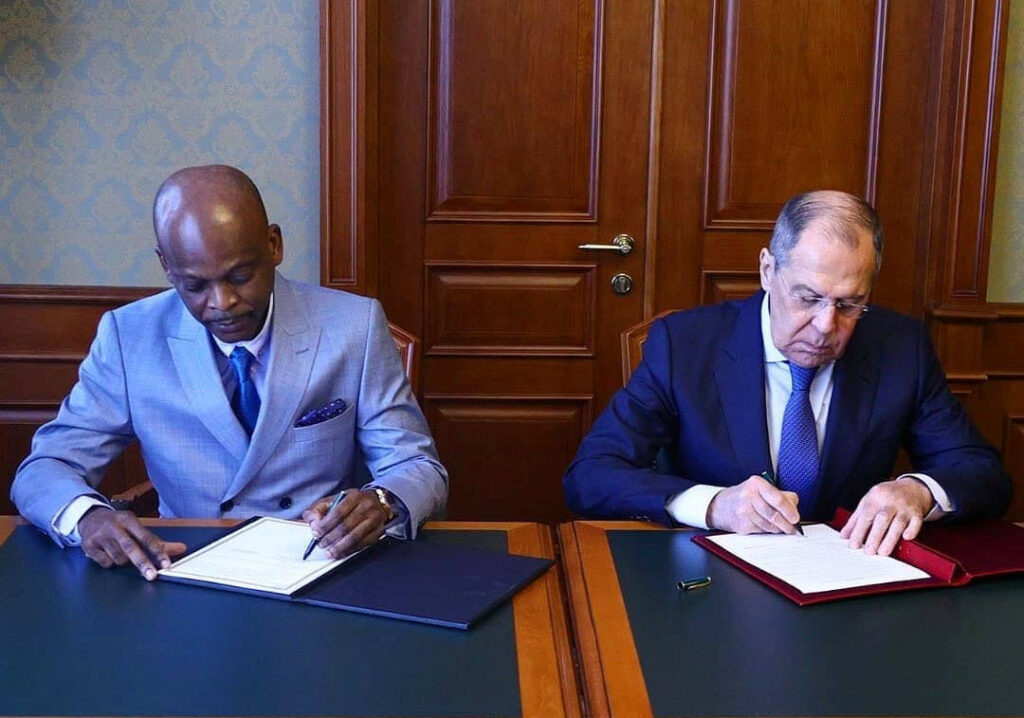 1- Prof. Robert DUSSEY, Minister of Foreign Affairs, Regional Integration and Togolese Abroad, paid an official visit, from February 15 to 17, 2021, to Saint Petersburg, in the Russian Federation, at the invitation of his Russian counterpart, HE Mr. Sergey Lavrov.

2- This visit is part of the development policy of the Head of State, His Excellency Faure Essozimna GNASSINGBE, whose new vision requires that Togolese diplomacy mobilizes all potential partners to support the implementation of the National Development Plan (PND) and the 2020-2025 government roadmap.

3- Questions related to bilateral cooperation and international issues were at the center of their discussions.

4- At the bilateral level, the two personalities congratulated themselves on the excellent quality of the relations of friendship and cooperation which continue to grow stronger every day between the Russian Federation and Togo. In this regard, they expressed the strong desire to encourage political consultations on issues of major importance to their two countries.

5- They have, on the occasion, signed an Agreement relating to exemptions from entry visas for holders of diplomatic and service passports and a Joint Declaration on the non-deployment of nuclear weapons in outer space. atmospheric.

6- Addressing economic, commercial and technical issues, the two Ministers recommended a dynamic partnership between the Chambers of Commerce and Industry of Togo and Russia. They agreed to boost the volume of their exchanges through, on the one hand, the organization of economic missions to bring their respective business communities together and, on the other hand, the signing of a Memorandum of Understanding. between the Chambers of Commerce of Togo and Russia. The Togolese head of diplomacy particularly insisted on the need to strengthen Russo-Togolese cooperation in the fields of processing of agricultural, mining, energy and transport products.

7- In the field of science and technical training, Minister DUSSEY thanked his Russian counterpart for the scholarships granted to Togolese students. He pleaded for a much stronger partnership between universities in Togo and those in Russia.

8- Minister DUSSEY took the opportunity to salute the effectiveness of Russian scientists for the development of Sputnik V, one of the first anti-covid-19 vaccines whose very high effectiveness is now recognized. He confirmed Togo’s interest in authorizing the Sputnik V vaccine. A draft agreement is being negotiated.

9- At the multilateral level, the two Ministers reaffirmed their country’s commitment to the search for and maintenance of peace and security, to the fight against terrorism, cross-border crime and trafficking of all kinds. They expressed their concern about the persistence of hotbeds of tension in their respective regional spaces. Minister LAVROV congratulated Togo for its efforts and unwavering commitment to peace and security in West Africa and reassured him of his country’s support in this regard. However, he clarified that the responsibility for finding solutions to crises lies above all with local actors, with partners only intervening in support.

10- Prof. DUSSEY took the opportunity to congratulate itself on the holding, on October 23 and 24, 2019, of the Russia-Africa Summit, which enabled Afro-Russian cooperation to be revived with vigor. In this regard, they welcomed the conclusions of the Economic Forum, organized on the sidelines of the said Summit, which marked the will of the African States and of the Russian Federation to continue their cooperation in a framework renovated and adapted to current realities.

11- The two personalities took the opportunity to appeal for international solidarity with a view to non-discriminatory management of access to care linked to the health crisis caused by the Covid-19 pandemic, the consequences of which they deplored extremely serious and painful human, social and economic issues.

12- H.E.M. Lavrov praised the efforts of the Togolese Government, for the performances obtained in the fight against the Covid-19 pandemic, which hoist Togo to 15th world rank, according to Lowy Institute.

13- At the end of his stay, Prof. Robert DUSSEY expressed his warm thanks and his deep gratitude to his Russian counterpart for the quality of the welcome extended to him and to his delegation.

14- Invited to make a working visit to Togo, Mr. Lavrov accepted this invitation, the date of which will be fixed later through diplomatic channels. But first, an economic delegation is expected in Lomé. 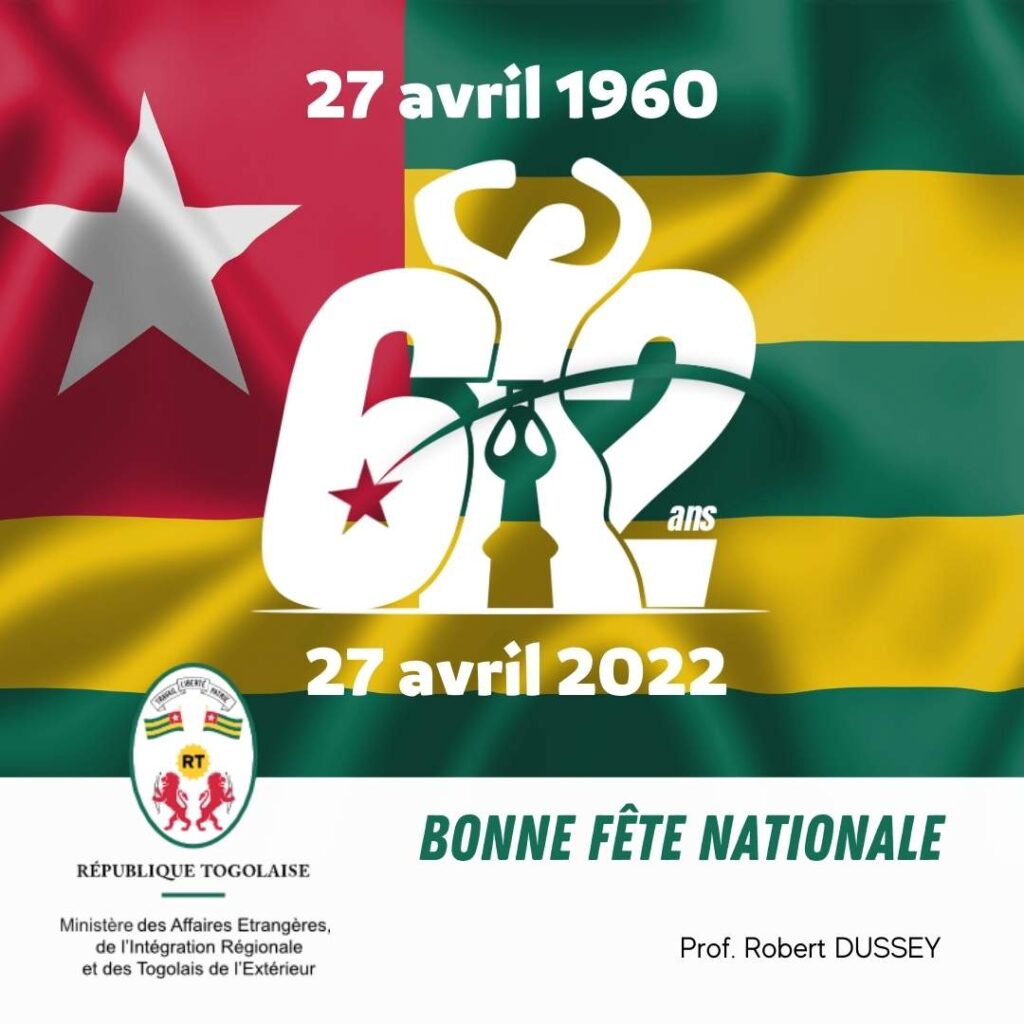