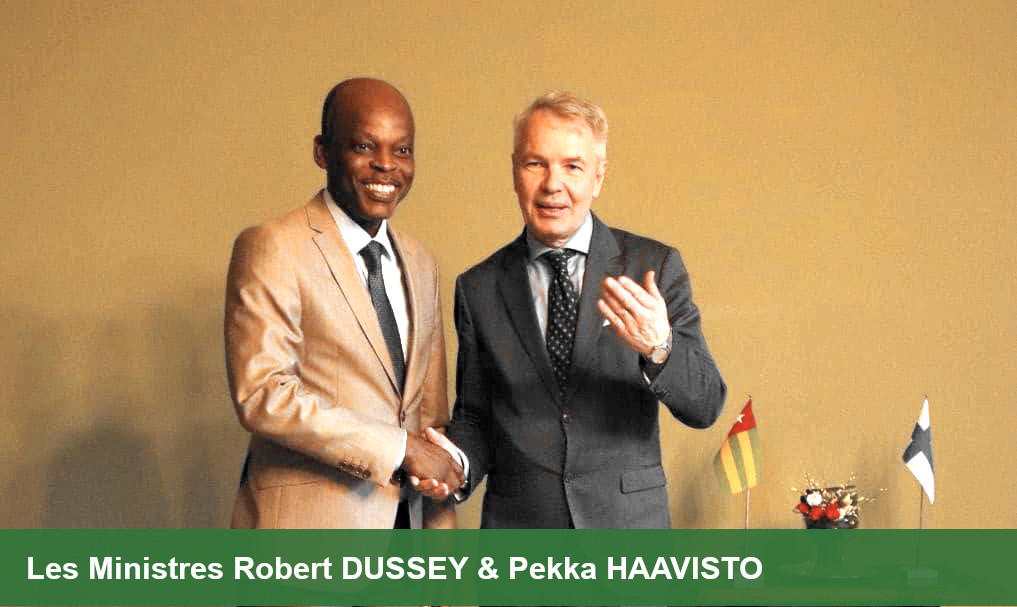 1. H.E. Robert DUSSEY, Minister of Foreign Affairs, African Integration and Togolese Abroad, ACP Group Head Negotiator, met His Finnish counterpart HE Pekka Haavisto, in Helsinki, on the sidelines of the High Level Groups meeting organized by the European Union, GIZ and the Republic of Finland.
2- During their meeting, the two Ministers exchanged views on questions of common interest linked to their bilateral cooperation and their collaboration on regional and multilateral subjects, in particular the progress of the ACP-EU negotiations. and the fight against terrorism in the West African region.
3-Addressing bilateral issues, the two personalities were delighted with the excellent relations of friendship and cooperation that have united the two countries since May 12, 2010 and reaffirmed their readiness to collaborate closely for the deepening and the development of these links. 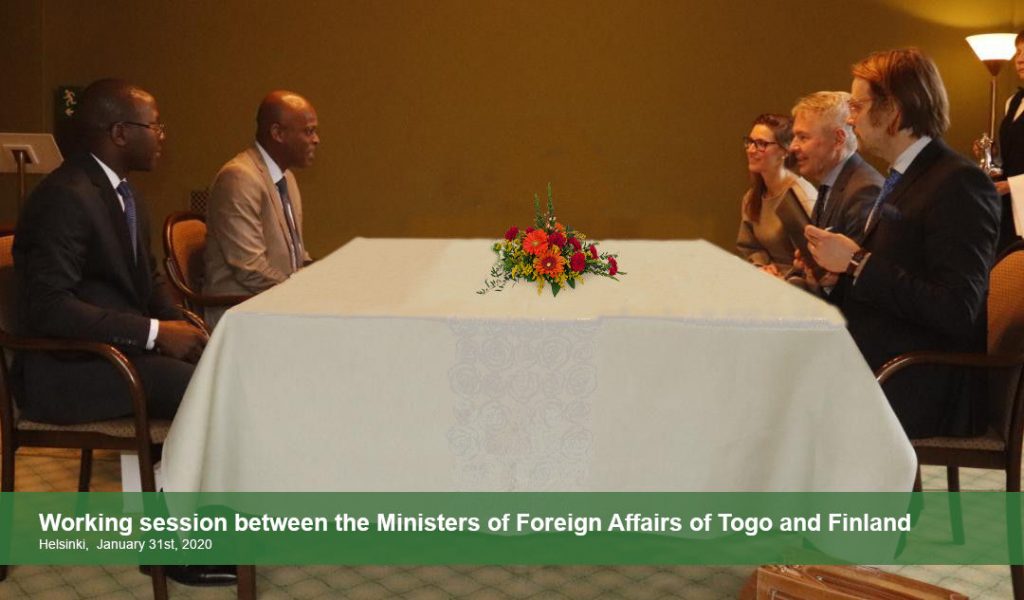 4- In this regard, they agreed to the imminent signing of a framework agreement between the Government of the Togolese Republic and the Government of the Republic of Finland with a view to strengthening their collaboration in the priority areas of the National Development Plan ( PND) such as information and communication technologies, agroforestry, organic farming, metallurgy, education and finance.
5- Examining development issues, Minister DUSSEY announced that Togo adopted in 2019 a National Development Plan articulated around three axes which concern the establishment of a logistics hub of excellence and a center first-rate business in the West African sub-region, the development of agricultural, manufacturing and extractive industries poles and the consolidation of social development as well as the strengthening of inclusion mechanisms.

6- In this regard, he invited the Finnish side to support Togo in the implementation of this plan, through the mobilization of Finnish investors.