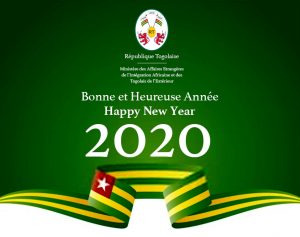 The Minister of Foreign Affairs, African Integration and Togolese Abroad Prof Robert DUSSEY speaks on the highlights of Togo’s diplomatic action in 2019

Greetings dear Minister! In a few days, we will cross the threshold of a new year. At the time of the balance sheet, are you satisfied with the contribution of diplomacy to the work of development of Togo and to the progress of the world?

Hello. Thank you for this opportunity that you offer me to come back to the highlights of Togo’s diplomatic activity during 2019.

I would say that Togolese diplomacy, under the leadership of the Head of State, His Excellency Faure GNASSINGBE, whose vision and clairvoyance I welcome, has been at all meetings, both national and international, in sight to support the efforts of the Government in its quest for well-being for all the sons and daughters of our country.

However, to say that I am satisfied with it would be to be self-sufficient and minimal. The hope of a better and prosperous Togo is an everyday fight, an endless fight, in which self-satisfaction cannot be put. I can, however, say that the personnel of my department, both at the headquarters and in our diplomatic and consular missions, did their utmost to achieve the objectives we set ourselves at the beginning of the year. As for the results, I leave it to the Togolese and Togolese, including you media people, to appreciate. 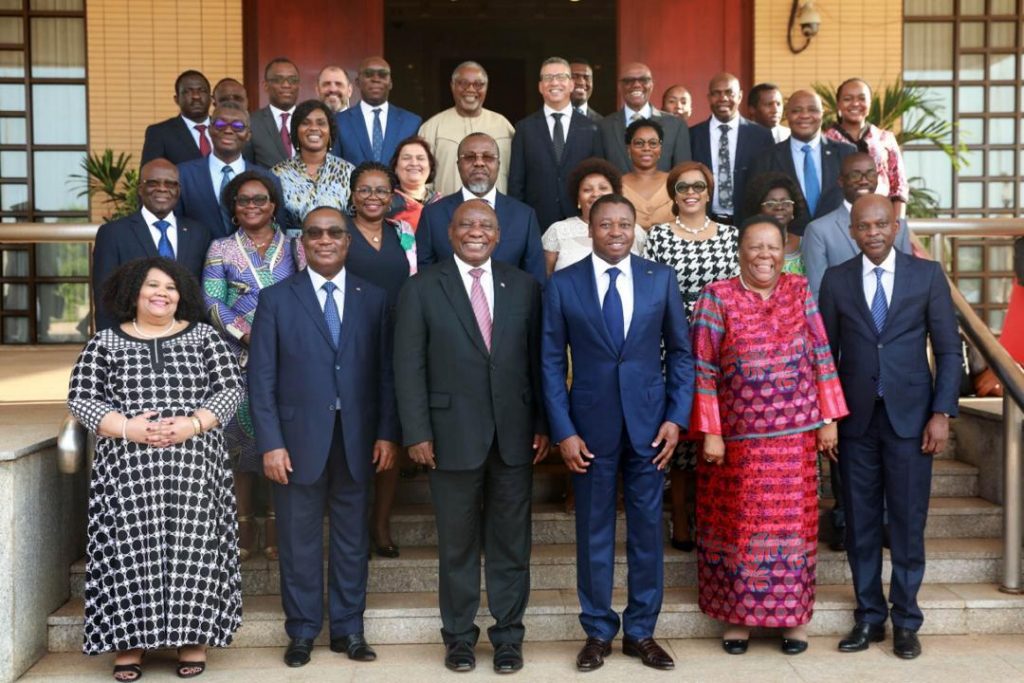 I would like, if you allow me, to get to the heart of the matter by mentioning a subject on which you have been very active. At the start of the year, your department was given new attributions, those of Togolese living abroad. What has been done in favor of the diaspora during these 12 months?

This is a very interesting question insofar as a whole section of the activities of the Ministry has been devoted this year to the Togolese diaspora.

The Togolese diaspora, like that of elsewhere, whether we accept it or not, has become an essential player in the development process of the continent. It’s a fact. And needless to say, the amount of transfers it sends to Africa far exceeds official development assistance. In addition, the potential of what this diaspora can bring in terms of skills and relational networks is enormous. States have therefore become aware of the place of the diaspora, rich in its diversity and intelligence, in the development effort and have therefore implemented, in recent years, policies oriented towards the intensification of participation of their nationals from outside to national development efforts.

Togo is not the rest. The Government’s desire to take the diaspora into account in the development process of our country does not start today, as you seem to say. Indeed, since 2005, the Government has continued to multiply both institutional and administrative initiatives in favor of Togolese abroad. Without being exhaustive, we can note, to illustrate:

It is in this spirit that the Government has consolidated its commitment vis-à-vis our compatriots living abroad through new powers for the Ministry of Foreign Affairs, guardianship of this diaspora, taking into account in its name “Togolese from the outside”.

In accordance with this mission, which in truth is not new, since it is a continuation of the efforts already started by the government in favor of its diaspora, I launched on April 1, 2019, on behalf of the Government, the Roadmap for Togolese abroad which covers several activities, including the better organization of the Togolese diaspora with a view to its more adequate involvement in national development efforts. It is a question of making the diaspora an interlocutor of the public authorities. And, as everyone knows, our diaspora is extremely divided and heterogeneous, hence the need to better organize it to give it a face. The challenge was great in that it was a question of creating and instituting a logic of unity from the plurality characteristic of this diaspora.

We therefore launched at the beginning of July the online voting process which led to the election of seventy-seven (77) Country Delegates, members of the High Council of Togolese Abroad (HCTE) which is a consultative and non-partisan platform. The HCTE is a framework for exchanges and work between the government and Togolese and Togolese from outside on development issues, defending the rights and interests of the latter.

After their election, the 77 Country Delegates, members of the HCTE met for the first time in Lomé on 28 and 29 November 2019 on the occasion of the “HCTE-Diaspora Success” Forum.

Precisely, Minister, what were you pursuing through the organization of the “HCTE Forum – Diaspora Success” which, according to many observers, was a resounding success?

First, it was an opportunity for the Government to talk to the Country Delegates about their roles, their missions, their responsibilities and the legal framework for their actions, to present the development vision that underlies government action, on the one hand, and to define with them, the conditions for a more optimal contribution of the diaspora to Togo’s development efforts, on the other hand. At the end of the forum, the 77 Country Delegates of the HCTE were officially installed in their functions during an official ceremony chaired by the Prime Minister, Mr. Selom KLASSOU, on behalf of the President of the Republic, His Excellency Faure Essozimna GNASSINGBE. It should also be said that the members of the HCTE were able to set up their office, composed of a Presidents and four Vice-Presidents for each of the geographic areas (Africa, America, Europe and Asia-Oceania).

Secondly, in view of the satisfactory results of the first edition of “Diaspora Success, the Ministry of Foreign Affairs, African Integration and Togolese Abroad organized the second edition, to celebrate Togolese excellence in the world. The Night of Diaspora Success took place on November 29, 2019 during a beautiful gala evening at the Palace of the Presidency of the Republic. It revealed to the world five talented Togolese from the diaspora whose achievements and inventions have helped advance humanity. Their merits being recognized in their country of residence, their homeland is duty bound to honor them.

By celebrating the success of these people, we are promoting a culture of excellence. 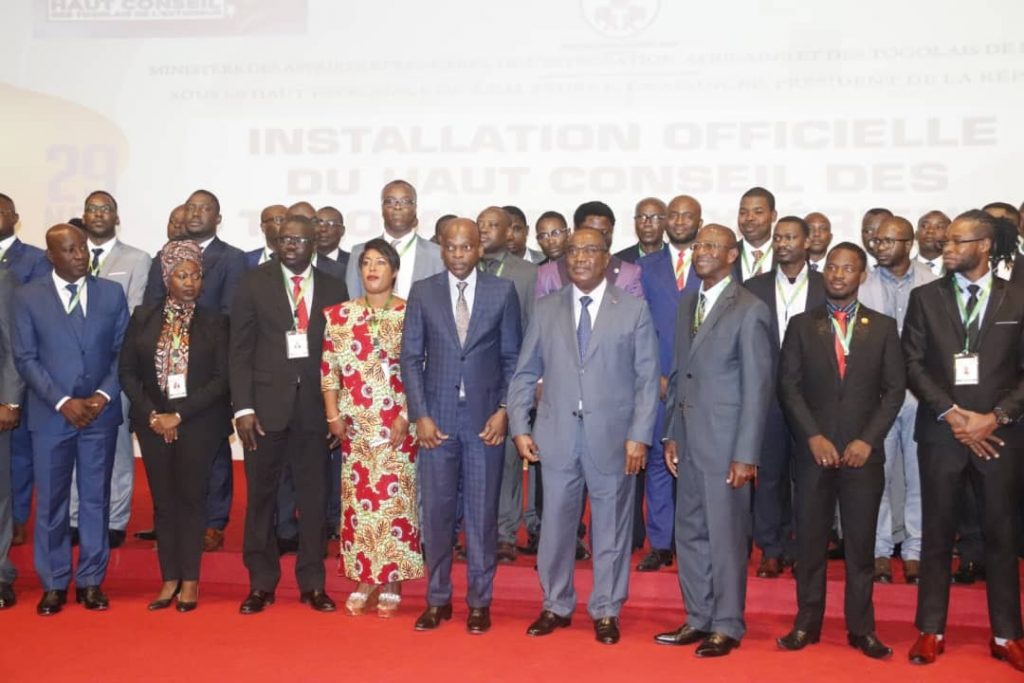 Another topical subject, and not least, is the negotiations between the ACP and the EU for a post-Cotonou agreement by 2020. As your chief negotiator for the ACP group, tell us what about it? Is an agreement possible before the February 2020 deadline?

Signed in 2000 for a period of 20 years, the Cotonou agreement which currently governs relations between the ACP and the EU expires on February 29, 2020. Negotiations with a view to concluding a new partnership have been launched September 20, 2018 in New York, on the sidelines of the 73rd session of the UN General Assembly.

The current negotiations aim to lay the groundwork for a new dynamic and a new cooperation transcending classic development cooperation.

The ACP-EU partnership is mainly focused on the eradication of poverty and the sustainable and inclusive development of the ACP and EU countries. It covers three essential areas of action: development cooperation, political dialogue and trade.

Building on the lessons learned from 44 years of cooperation and making the most of the new context, the future agreement will open up unprecedented perspectives. By forming a strong political alliance, the ACP and its partners will be able to develop solutions adapted to the challenges specific to each region, including growth and job creation, human development and peace, migration and security issues. Many of the challenges currently facing the world call for a concerted, multilateral approach to achieve concrete results.

One year after the start of the post-2020 ACP-EU negotiations, discussions are progressing in peace.

The first challenge encountered was to find a consensus on the format of the future partnership agreement. It will be made up of a common base applicable to all member states and three regional pillars which will reflect the specific characteristics and needs of each of the regions that make up the ACP. This means that Africa, the Caribbean and the Pacific are called upon to directly negotiate their respective regional protocols with the EU, in the light of their development ambitions. By empowering the regions, the ACP group is convinced that they will do effective substantive work.

However, it is unlikely that these negotiations can be completed before February 29, 2020, the expiry date of the current Agreement. Already, on May 23, 2019, the ACP-EU Joint Council of Ministers, realizing the complexity of the task, had delegated its powers to the Joint Committee of Ambassadors with a view to adopting any required transitional measures which would avoid an interruption of the partnership or a vacuum legal, in case negotiations do not come to an end in due time.

Discussions on these transitional measures are also continuing between the two parties. The least we can say for the moment is that the two parties agree on a single extension of the Cotonou Agreement with the deadline of December 31, 2020. What I can tell you is that we are making every effort to progress as quickly as possible so that the initialling of the new Agreement can take place no later than the end of March 2020.

In this way, we will have enough time to prepare the new Agreement for signature. 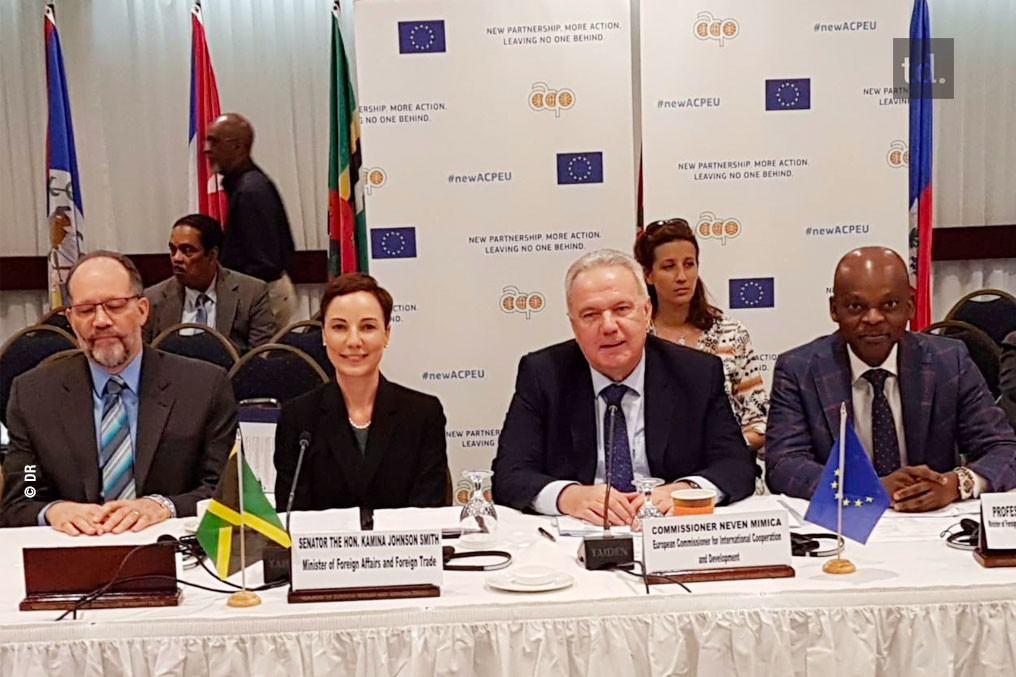 Minister, you have also been very offensive in bilateral relations. What are the countries to which you have directed your actions?

As said above, our country needs partners for the realization of the PND. It is with this in mind that I paid official visits to Brazil, France and Algeria. Beyond the subjects of common, regional and international interest relating to better coordination of the fight against terrorism and violent extremism as well as that against maritime piracy, these trips were an opportunity for me to present to the of these friendly countries the opportunities offered by the PND and to encourage them to invest in Togo.

In the same vein, I received my counterparts in Lomé including those from India and Serbia for the intensification of our cooperation. 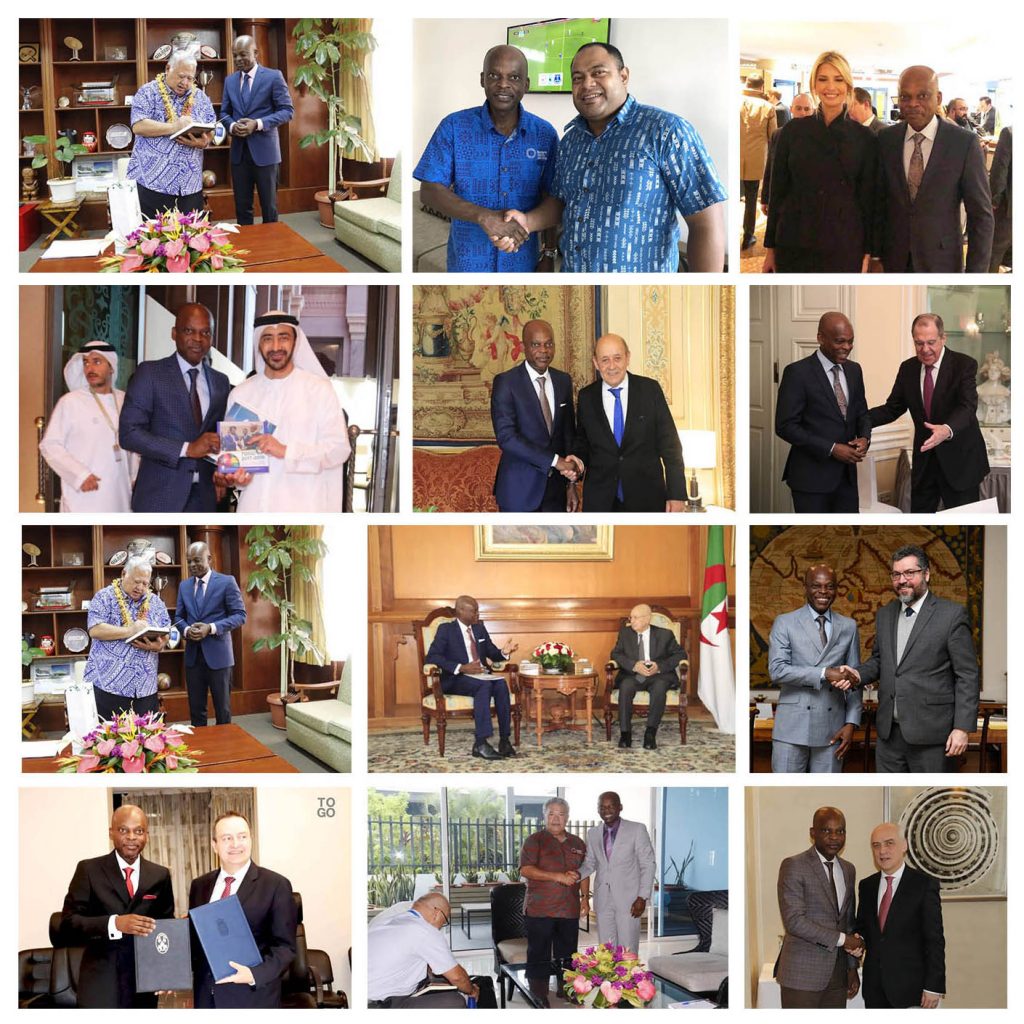 Minister, we’re coming to the end of this interview, your last word.

I would like, at the dawn of this new year, to express to the Head of State, President Faure Essozimna GNASSINGBE, leader of the tremendous transformation of our country, my wishes for good health, prosperity and of peace.

I associate these wishes with Prime Minister Selom KLASSOU and the whole government.

I also extend my best wishes to the diplomatic and consular corps accredited in Togo and to all the technical and financial partners of Togo who have not ceased to accompany the government in the implementation of actions in favor of the development of our country and the well-being of our people.

And for each and every one of the sons and daughters of this wonderful country, I would like to successively quote Victor Hugo and Madame de Sévigné in these terms; “Let us salute together this new year which ages our friendship without aging our heart”. And “May this year be happy for you; may peace, rest and health take your place of fortune ”.

As for the future, Antoine de Saint-Exupéry teaches us “that it is not a question of foreseeing it but of making it possible”. So let’s make it possible, Togo thrives as we want.