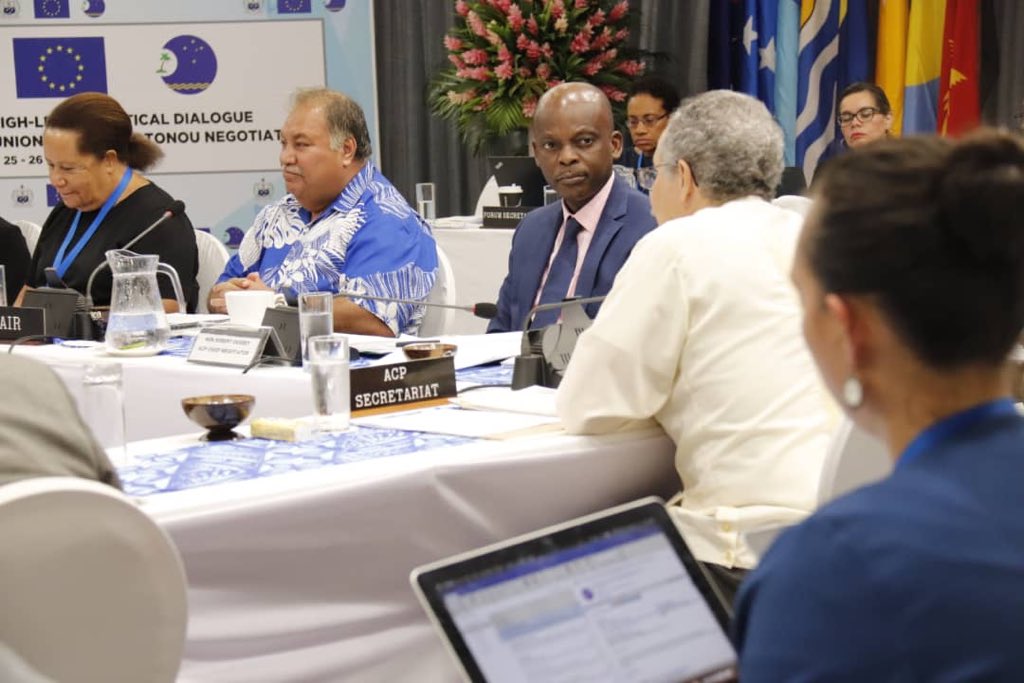 Robert Dussey, Togolese Minister of Foreign Affairs and Head of Negotiations Post-Cotonou ACP 2020, participates in the two-day meeting, which starts today in Apia, the capital of Samoa, with the aim of engaging in-depth discussions and dialogue with the EU with a view to finalizing a new agreement between the EU and the African, Caribbean and Pacific (ACP) countries.