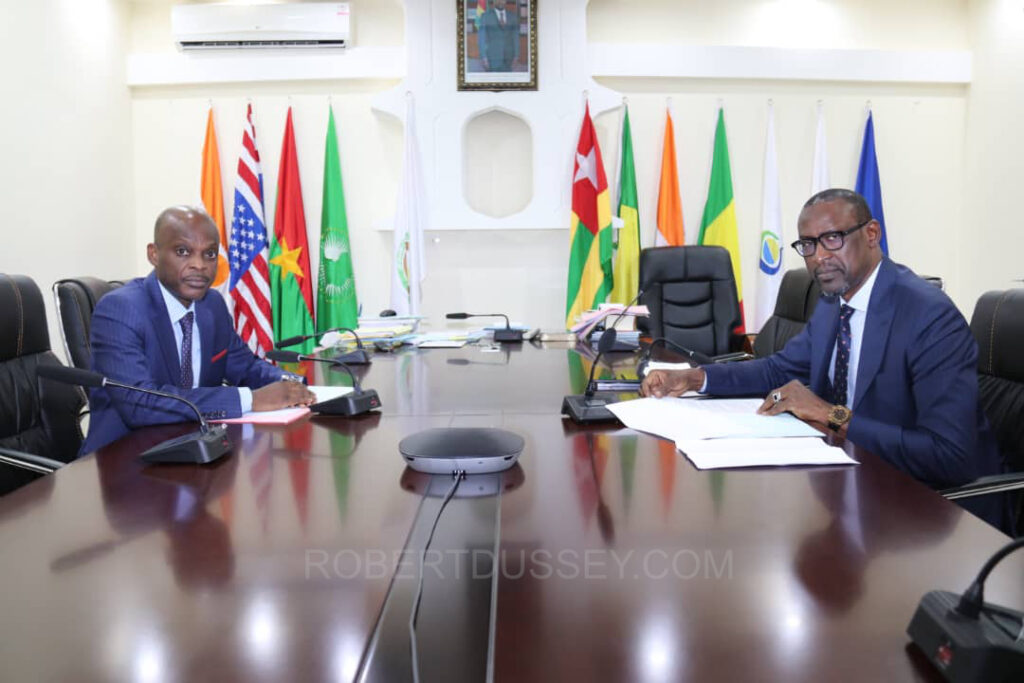 2. During this visit, which illustrates the excellent quality of the relations of friendship and cooperation existing between Togo and Mali, the two ministers had in-depth exchanges of views on matters of mutual interest of a bilateral nature. and regional.

3. At the bilateral level, the two parties congratulated themselves on the quality of the relations of friendship and cooperation which unite their two countries and reaffirmed their desire to further develop their cooperation in all fields, in particular at the political, economic and safe.

4. The Malian Minister took this opportunity to express the gratitude of HE Colonel Assimi GOITA, President of the Transition and Head of State of Mali, to his Togolese counterpart for the continued support that Togo has never ceased to provide. ” bring to his country since the start of the political crisis in August 2020.

5. In this regard, Prof. Robert DUSSEY recalled that His Excellency Faure Essozimna GNASSINGBE’s commitment to the Republic of Mali is based not only on the imperative duty of solidarity, but also and above all, on the community of challenges and socio-political and security issues.

6. Specifically addressing sub-regional issues, the two ministers welcomed the support of the international and sub-regional community for the political transition underway in the Republic of Mali and the Republic of Guinea. In this regard, they took note of the final communiqué of the 3rd Extraordinary Summit of the Conference of Heads of State and Government of ECOWAS on the situation in Mali and Guinea, held on November 7, 2021 in Accra, Ghana.

7. The Togolese and Malian ministers also praised the relevance and contributions of the Transition Support Group in Mali (GST-Mali), which is effectively supporting Mali in this difficult period, both technically and financially, including the second. meeting was held in Lomé on March 08, 2021.

8. With this in mind, the Togolese Minister reaffirmed the Togolese government’s constant availability to support the sister Republic of Mali until the rapid return to constitutional order.

9. In order to continue to help Mali and the entire Sahel region, the two ministers decided to hold the next meeting of the Mali Transition Support Group (GST-Mali), again in Lomé in the first quarter of 2022.

10. The Malian Minister finally expressed his gratitude to the Togolese government for the facilities made available to him during his stay in Togo.