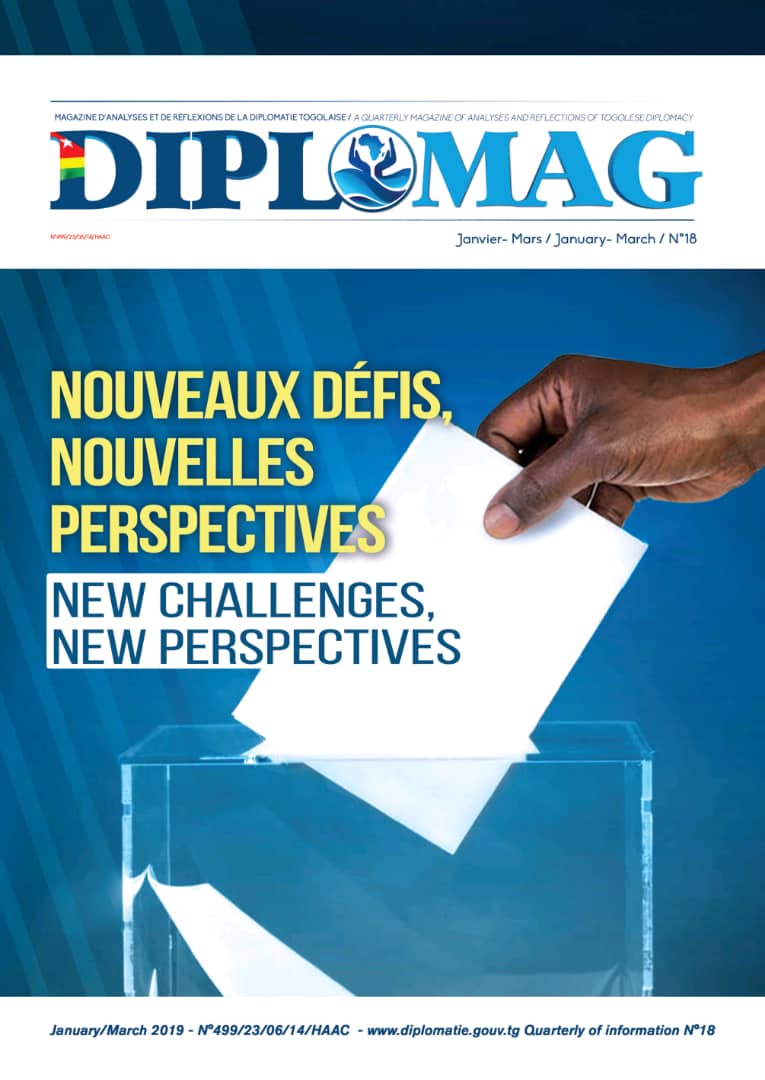 The year 2018 is a thing of the past, the new one has only just begun, the one to come is already on our heels. Vladimir Jankélévitch once asked himself: «How can such short years be made with such long days? Time is flight and place of deployment of human existence. The human being is born in time, lives in time, acts in time and dies in time. The dimension of temporality linked to action is very essential in what the philosopher Hannah Arendt calls the «domain of human affairs». Through our actions, wherever we are, whoever we are, whatever we want, we impact the world in a variety of ways. 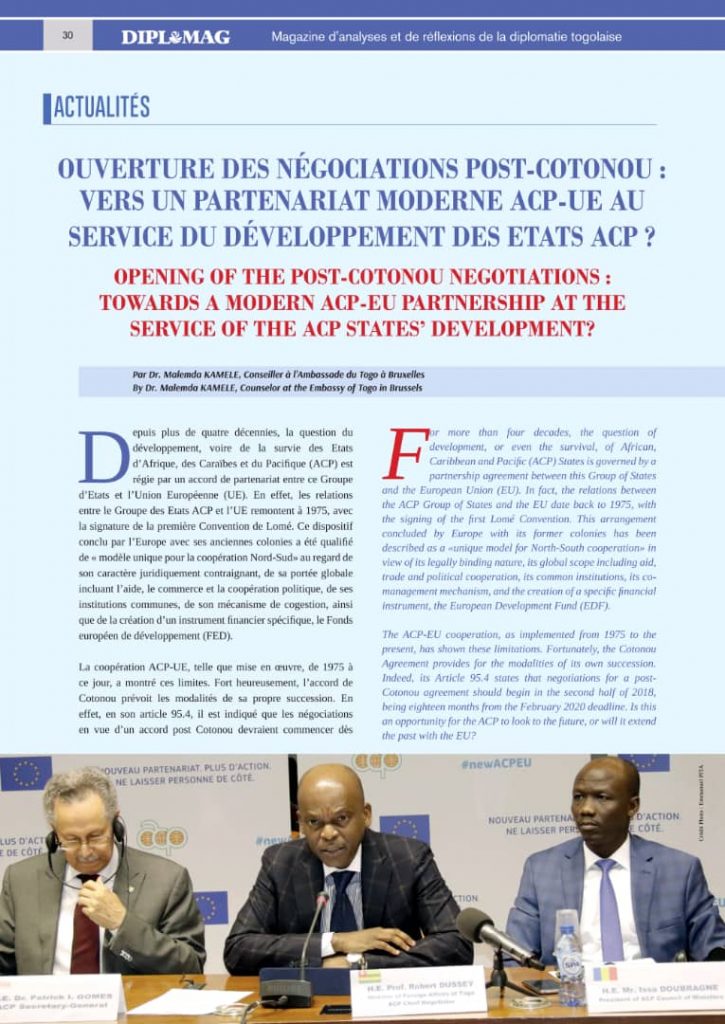 The history of the world in a not insignificant proportion is that of man and his action. That of Togo is that of his sons, their actions and interactions, commitments and expectations. At the diplomatic level, the year 2018 is marked in Togo by a series of actions carried out under the impetus of the President of the Republic, His Excellency Faure Essozimna GNASSINGBE, whose vision and spirit of anticipation allowed to improve the international influence of the country.

Togo has not only put its leadership at the service of the Economic Community of West African States (ECOWAS) over the past year, but also organized and hosted major international meetings, and currently chairs the Central Negotiating Group of the ACP Group for the post-Cotonou, the Cotonou Agreement coming to an end in February 2020. This issue of DIPLOMAG looks back on some strong sequences of the Togolese diplomacy during the year 2018. This is for the Togolese diplomacy of an opportunity to write oneself in a retrospective perspective. This editorial highlights in a synthetic approach two key moments of the diplomatic action of Togo in 2018 and the perspectives for this new year.