Security Challenges and Stabilization Strategies in the continent 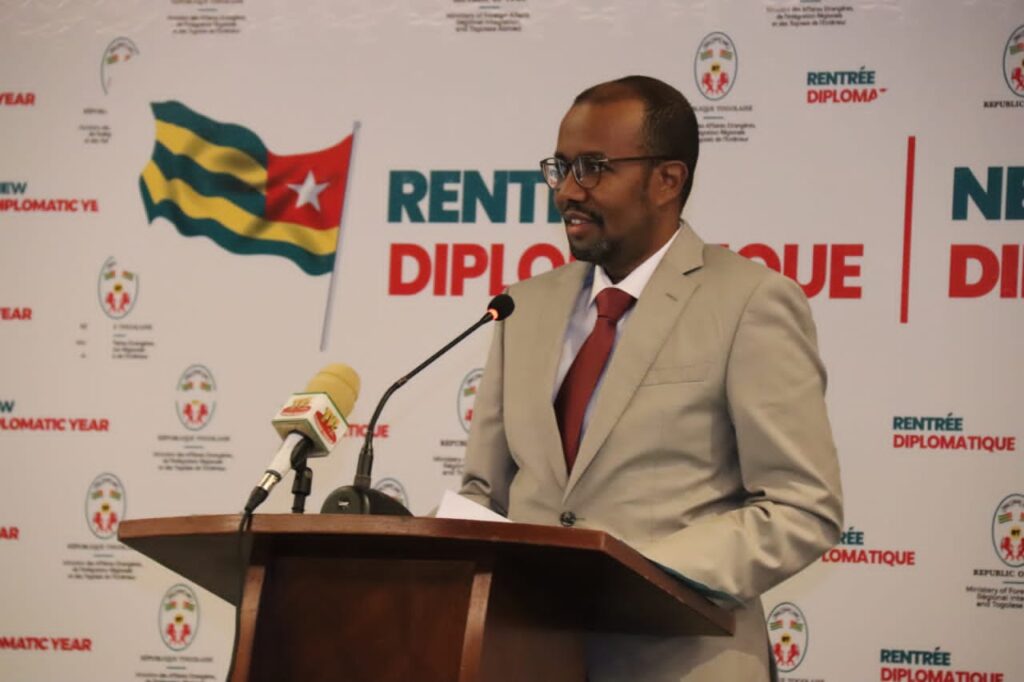 It is a privilege and honor to be invited as a guest speaker in this historic city of Lome, and above all to listen to the Togolese diplomatic corps’ achievements and major orientations for the upcoming year.

I commend H.E Professor Robert Dussey for initiating this annual gathering, providing an opportunity for various diplomatic missions and the Togolese diplomatic corps to take stock of the ever-changing international dynamics in Africa and beyond, confronted by unprecedented challenges and phenomena.

You may wonder why I have traveled from Mogadishu to be here. Well it is the same reason why, as my capacity as the Minister of Foreign Affairs, campaigned for Somalia to be a member of the African Union Peace and Security Council earlier this year.

Our message was: that Somalia has been most affected country in the continent. From a bloody civil war, to fighting al-Shabaab for over a decade, and benefiting most from various stabilization instruments afforded to us by the African Union.

There is no other country in Africa that has faced multifaceted security challenges like that we have faced in Somalia in the past thirty years. As such, I am speaking from a very unique position today, and to share our experiences and lessons learned, in our collective quest to make Africa safer, securer and stronger together.

I have been following the regional developments in West Africa closely in recent years, going back as far as my capacity as National Security Advisor. Terrorist attacks since 2021 in Togo – is not merely a coincidence.

As we have been saying to our neighboring countries, and our allies in West and Southern Africa – that the growth of Al-Qaeda backed or affiliated groups and ISIS in West and Southern Africa is intrinsically linked to al-Shabaab/ISIS in Somalia. With presence of violent extremism in Burkina Faso, Mali, Niger, Nigeria and Benin – Togo is in a position of strategic vulnerability.

We have observed trends from East Africa to West Africa. The threat of al-Shabaab/ISIS is not limited to Somalia and the Horn of Africa. Through our diplomatic channels and existing partnerships, we have shared real and timely intelligence on al-Shabaab’s operational activities and intentions in East/South/West Africa. The threat is transnational in nature and we have advised the Peace and Security Council to provide the transnational nature of al-Shabaab/ISIS across Africa in order to better inform our efforts and decision making.

What we know is that al-Shabaab uses its surplus revenue generated to finance other groups. From training Amniyat units and foreign fighters, to providing explosive materials and weapons by exploiting transnational criminal networks, to pumping money into communities by establishing local madrassas as recruitment tools. We have also seen an important trend in the composition of foreign fighters in West Africa – they have fighting experience in East Africa (Somalia, Uganda, DRC) and share commonalities with insurgents in the Wet Africa region, for instance, Swahili being the common language.

It is therefore, expected, for groups likes Jama’a Nusrat ul-Islam wa al-Muslimin to try and now penetrate into Togo – with an objective to create conditions for terrorists to thrive including investing in the rich mineral sectors, to diversify their sources of funding and increase their surplus to consolidate and spread their influences across Africa.

The increasingly politicized strategic blocs such as G5 and ECOWAS, and fragmented, uncoordinated international response and assistance will do more harm than good in stabilizing in the affected countries.

There are several vital steps the region must collectively and individually take which has worked for us: