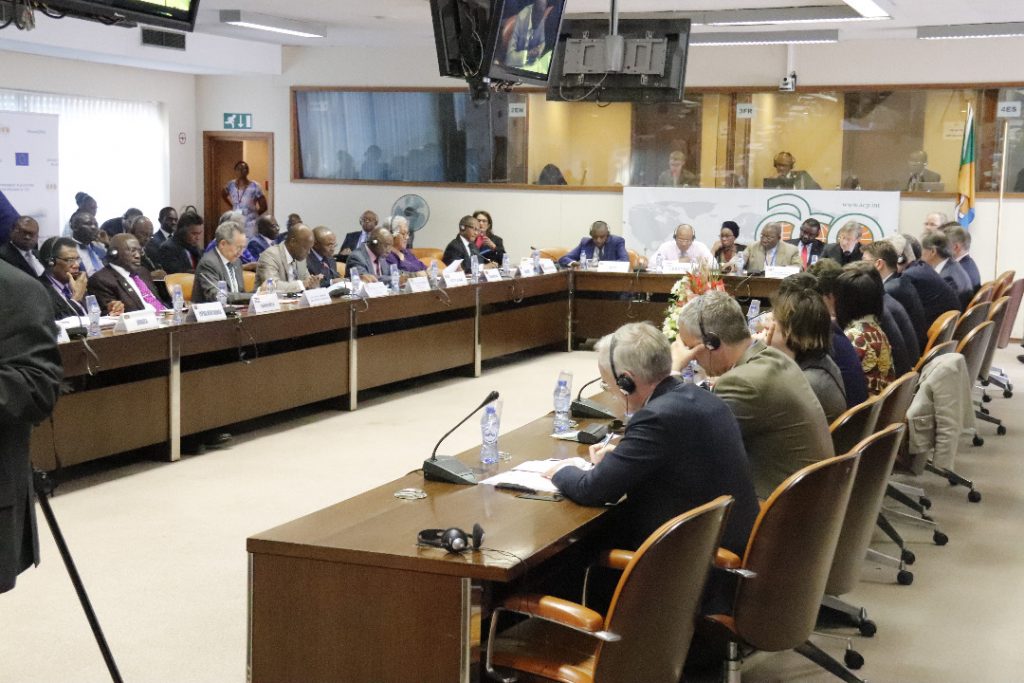 New ACP-EU Partnership: Chief negotiators assess progress made and move talks on to next stage

Commissioner for International Cooperation and Development and EU’s Chief Negotiator, Neven Mimica, said: “The agreement is taking shape. It is time to step up our efforts and speed up our progress to deliver as expected. Today’s discussions on the regional partnerships bring us a step closer to this new and stronger cooperation we are aiming for”.

Togo’s Minister for Foreign Affairs, Cooperation and Africa integration, also ACP Chief Negotiator and Chair of the Ministerial Central Negotiating Group, Robert Dussey, said: “We started this negotiation in September last year and have made steady progress since then. The consultations with the three regions were beneficial in so far as giving a good idea of the needs for each region. We look forward to concluding an Agreement which is focused on the current and future needs of our Member countries.”

While talks on the specific regional partnerships progress, the EU and ACP negotiating teams will continue their work on the text of the agreement that covers all 79 countries (also referred to as “the common foundation”). Upcoming negotiation sessions will notably focus on the institutional set-up. The aim is to make maximum progress before the next chief negotiators’ meeting, due to take place in the second half of July.

The Cotonou Agreement currently governing EU-ACP relations is due to expire in 2020. Negotiations on a new ACP-EU Partnership were launched in New York on 28 September 2018 in the margins of the United Nations General Assembly.

The initial rounds of talks mainly focused on the common foundation at EU-ACP level. This common foundation sets out the values and principles that bring the EU and ACP countries together and indicates the strategic priority areas that both sides intend to work on together.

In addition, the future agreement is planned to include specific, action-oriented regional pillars focusing on each region’s needs. The first round of consultations on the regional pillars has now concluded.

The future ACP-EU Partnership will serve to further cement the close political ties between the EU and ACP countries on the world stage. Together, they represent more than half of UN member countries and over 1.5 billion people.