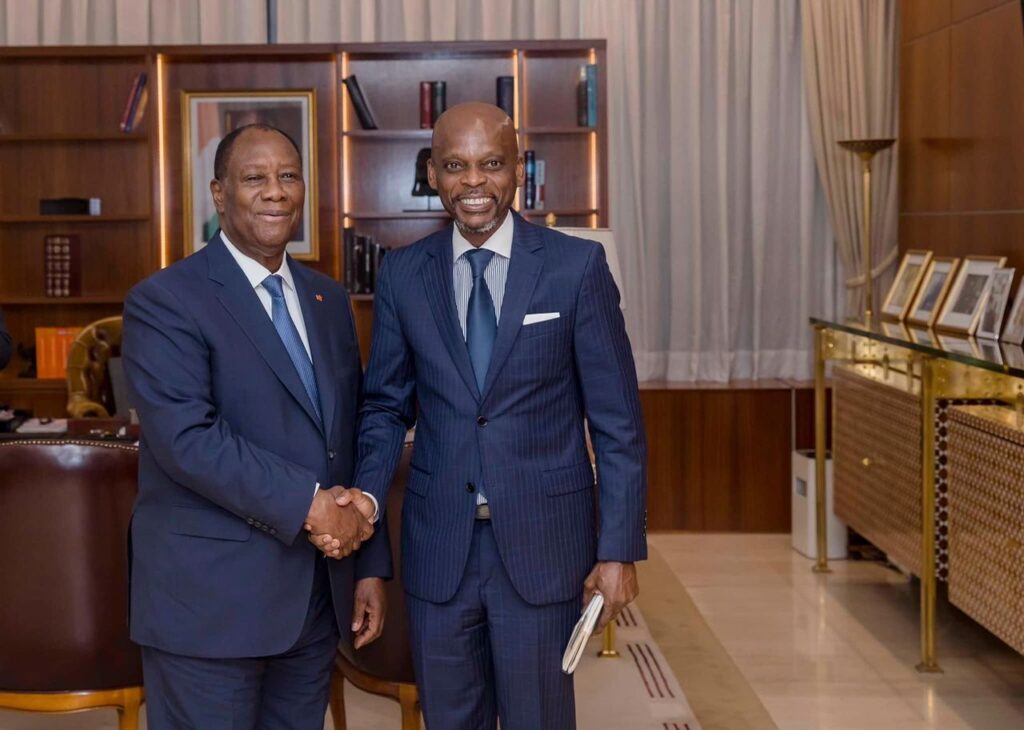 1. Within the framework of fraternal cooperation relations between the Togolese Republic and the Republic of Côte d’Ivoire, Prof. Robert DUSSEY, Minister of Foreign Affairs, Regional Integration and Togolese Abroad, paid a working visit on July 19, 2022, to Abidjan, during which he was received in audience by H.EM. Alassane OUATTARA. President of the Republic of Côte d’Ivoire. Minister Robert DUSSEY carried a message from H.E.M. Faure Essozimna GNASSINGBE, President of the Togolese Republic, to his Ivorian counterpart.

2. During their meeting, H.E. Mr. Alassane QUATTARA recalled the fraternal and historical ties between the Republic of Cóte d’Ivoire and the Togolese Republic and praised the regional leadership of President Faure Essozimna GNASSINGBE whose commitment to serving the West African community contributes to the consolidation of regional and African integration.

5. H.E.M. Alassane OUATTARA welcomed the personal involvement of H..M. Faure Essozimna GNASSINGBE in the initiatives aimed at defusing this situation and thanked H.E. Colonel Assimi GOITA, Head of State and President of the Malian Transition, for his willingness to work towards a happy outcome of the issue. He recalled the secular relations of brotherhood between the Republic of Côte d’Ivoire and the Republic of Mali and expressed his determination to work, together with the Malian side, for a rapid settlement of this issue.

6. SE. Prof. Robert DUSSEY reiterated the President’s readiness to help the two parties to agree on the essentials and to move towards a concerted solution in the well-understood interest of each of the countries.