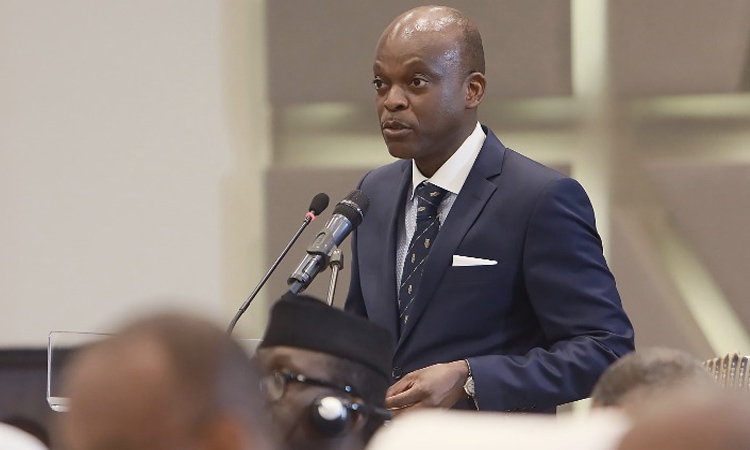 The Togolese Minister for Foreign Affairs, Cooperation and African Integration, Chairman of the ECOWAS Council of Ministers returned on Monday to the conclusions of the summit of the organization that took place on Saturday in Lome . Teacher. Robert Dussey speaks mainly on the Guinea-Bissau issue and on the progress reported at the end of the closed session of the heads of state and government present Saturday.

West African leaders meeting in Lome Saturday decided to extend the mandate of the ECOWAS mission to Guinea-Bissau until June 30, 2018. The conference of Heads of State also encouraged the PAIGC and PSR, the two parties. the country’s major policies to continue the post-crisis dialogue. In addition, it was recommended that the parliamentary elections be held on 18 November. A consensus Prime Minister in the person of Aristides Gomes has been appointed, and a presidential decree will be issued on 17 April. On 19 April, the Parliament will also be open to rule on the appointment of the members of the electoral commission and the prorogation of the legislature.

In the following interview, Robert Dussey, who has led in recent months several ECOWAS missions in the country, talks about how ECOWAS has done to reconcile the positions of the parties to the conflict. He also returns to the mission entrusted to the monitoring committee set up by the Conference of Heads of State.

Togo Breaking News: We are gradually moving towards a way out of the crisis in Guinea-Bissau, with this new roadmap, notably the appointment of the new Prime Minister. A victory for Togolese diplomacy, including the actions of the head of state at the head of ECOWAS? </ Strong>

Robert Dussey: </ strong> Guinea-Bissau has just taken a very important step thanks to the combined actions of ECOWAS, and the determination of its current President, HE Faure Essozimna GNASSINGBE. In truth, the victory you are talking about is before us, it will be that of Bissau-Guineans who are only asking for peace, stability and development. It will be finally, that of ECOWAS, our common organization!

How did you achieve this feat, because you have been the one who has led most ECOWAS missions in recent months? </ strong>

I think that for almost three years, all Bissau-Guinean actors (men, women, religious, veterans, wise men, young people, civil society) needed to be listened to; that’s what we did during our missions!

Obviously, it was important for ECOWAS to understand the political environment of this brother country and especially to remind, to sensitize all these actors to their moral and political responsibility towards the people of Guinea-Bissau and its future.

Basically, this exploit comes from the Bissau-Guinean political class, and President José Mario VAZ, who were able during these long and dangerous negotiations to overcome their differences.

We must congratulate them all and encourage them all to work for lasting peace in Guinea-Bissau.

What will be the mission of this monitoring committee set up by the Conference of Heads of State? </ strong>

The Monitoring Committee, composed of the Head of State of Guinea and ECOWAS Mediator, Alpha Condé, his Togolese counterpart and current President of ECOWAS, Faure Essozimna GNASSINGBE, and the President of the Commission of the regional organization, Jean-Claude Brou, will take all appropriate measures to implement this roadmap, including the formation of a new government headed by the Prime Minister, Aristides GOMES who has just been appointed, the reopening of the parliament, the appointment of members of the National Electoral Commission and the organization of the parliamentary elections in November 2018.

The President of the Togolese Republic and ECOWAS are fully prepared to accompany Guinea-Bissau to restore peace and stability, which are crucial priorities for our sub-region.