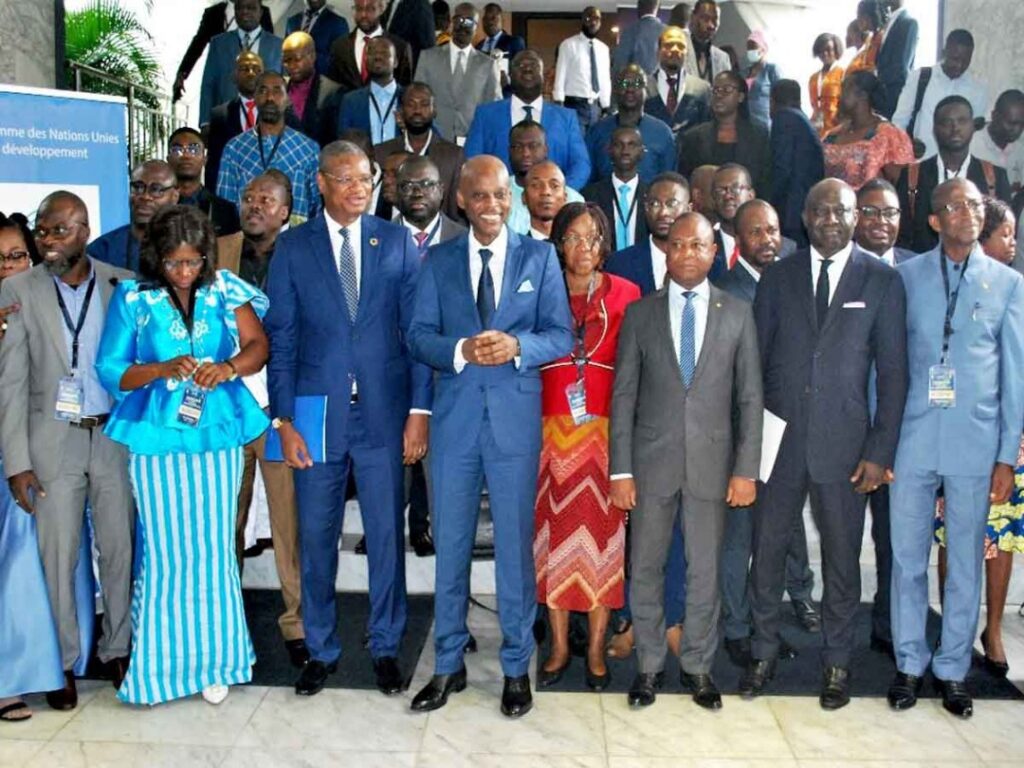 Honorable Members of the National Assembly,

Ladies and gentlemen, members of the diplomatic and consular corps and representatives of international organizations and partner institutions,

First of all, I would like to extend my warm welcome to you and express my deep gratitude for having responded in large numbers to our invitation to this ceremony marking the official installation of the second wave of country delegates of the High Council of Togolese Abroad (HCTE) for the 2023-2025 term.

I would particularly like to greet the members of the government and the deputies whose presence here reflects all the interest that the State attaches to our fellow citizens living outside our national borders.

I am pleased, at the same time, to express to the President of the Republic, H.E. Mr. Faure Essozimna GNASSINGBE, our recognition and our high appreciation for his dedication and his personal investment in favor of any diasporic issue. Indeed, with regard to the Togolese diaspora or the African diasporas as a whole, he is the inspiration for all the initiatives and actions that have been carried out to date by Togolese diplomacy.

I would particularly like to thank the International Organization for Migration (IOM) and the various organizations of Togolese abroad for supporting the process of creating the HCTE, which began in July 2019. The participatory dynamic, which supported the initiative, has enabled synergy between partners who have endeavored to methodically design and rationally implement the various actions that should lead us to this level.

The Togolese living abroad constitute a region in their own right. Wherever they are, our compatriots are very active men and women in the economic sectors in terms of wealth creation. It is undeniable that their contribution to the Togolese economy weighs more than the foreign aid provided to Togo. Aware of the economic and social potential of the Togolese diaspora and with the aim of enabling the country’s daughters and sons, scattered around the world, to participate in an inclusive manner in the national development process, the Togolese government, under the leadership of the Chief of the State, established the High Council of Togolese Abroad whose 77 Country Delegates elected for the first term were officially installed on November 29, 2019.

This is the place to congratulate these brave compatriots who, as pioneers, have agreed to participate in this first term. Despite the Covid-19 health crisis which put a brake on the implementation of their action plans, the result is more than satisfactory.

Most of the delegates distinguished themselves, not only by their availability and their ability to unite Togolese abroad around projects of common interest, but also by their spontaneous and active solidarity with regard to their compatriots in situations of distress. The HCTE delegates have particularly distinguished themselves as true promoters of the cultural identity and brand image of our country by initiating or supporting several events. I would like to greet and congratulate the first president of the HCTE, Mr. Kodzovi ATITSO, whose commitment and availability have greatly enhanced the image of this new structure.

From a collective point of view, the role of the HCTE was decisive in the organization of successive waves of repatriation of compatriots stranded in their countries of residence following the closure of borders during the health crisis, as it was also in assistance to our compatriots who were in difficulty in Ukraine at the start of the Russian-Ukrainian conflict.

I would also like to recognize the commitment and mobilization of the country delegates, particularly those from Africa, during the census campaign of Togolese abroad which has just ended.

The HCTE membership renewal process, launched on July 18, 2022, resulted in the election of 48 new country delegates.

Indeed, as you can see, innovations induced by the realities on the ground have been made to the initial system in order to improve it and strengthen its effectiveness. The number of country delegates thus fell from 77 to 48, with 22 for Africa, 05 for the Americas-Caribbean zone, 07 for the Asia-Oceania zone and 14 for Europe, the aim being to have a tighter group to facilitate interactions and decision-making.

I would like, on this solemn occasion, to offer you my warm congratulations on your election as new members of this prestigious Council, and this, in view of your respective skills and experience.

You know that the challenges awaiting you are numerous and I am convinced that you will live up to your expectations. Objectivity, speed, confidence, even passion, will be all assets that you will develop to establish fruitful cooperation networks at the level of your country of origin and your host countries or zones.

You will also be assessed for your adaptability, the quality of your analyzes and the relevance of your approaches in terms of the contribution of Togolese from outside your area to Togo’s development effort.

For our part, we will make sure that the support of the State is

acquired, in all circumstances, in the challenges that you will have to

take up and, above all, to complete the projects that you will propose in connection with the flagship projects of the “Roadmap for Togolese abroad” and the main projects of the “Togo 2025 government roadmap”.

It is with these words that I would like to declare officially installed the members of the second mandate of the High Council of Togolese Abroad (HCTE).

Thank you for your kind attention.