Excellence Award 2022 at the Ministry of Foreign Affairs 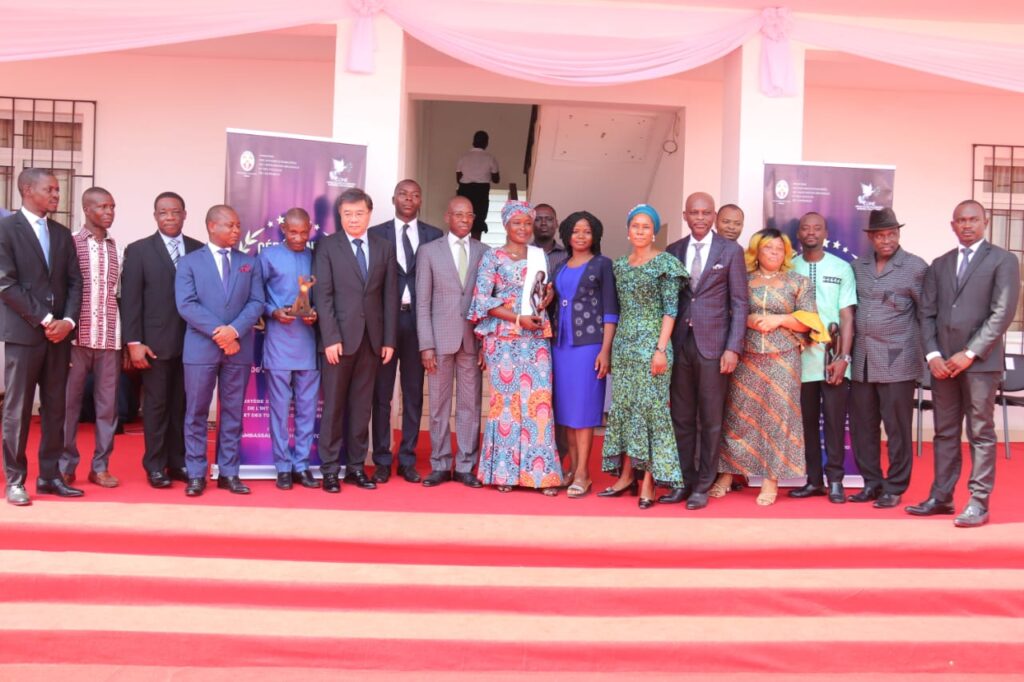 For the 8th time, the Ministry of Foreign Affairs, Regional Integration and Togolese Abroad celebrates excellence by awarding its best agents during a solemn ceremony which took place on December 06, 2022 at 11 a.m., at the minister’s hotel.

This tradition, instituted since 2014 by H.E. Prof. Robert DUSSEY, Minister of Foreign Affairs, Regional Integration and Togolese Abroad, aims to honor the most deserving ministry officials who have distinguished themselves, during the year, by the commitment and determination in the exercise of their various functions. The objective is to encourage the staff to show their self-transcendence for the influence of Togolese diplomacy in the world.

Unlike past editions, this 8th edition has seen major innovations with the creation, in addition to the prizes for excellence, the best secretary and staff, a new category, the prize for the best team manager and two other prizes for each category.

The evaluation process officially launched on October 5, 2022 was marked by the following three stages:

At the end of this process, the winners of the 2022 Excellence Awards are:

1st: Mr. YEKPLE Komlan Dodji A, head of the Africa and Asia division in the political affairs department;

3rd: Mr. OURO-BODI Tchakpide, head of the division of the candidatures, the promotion and the placement of the executives at the direction of the international organizations.

2nd: Mr. TEDIHOU Banissam Bakley, in charge of studies in the direction of administrative and financial affairs;

3rd: Ms. SOUNTOUMA Magma, in charge of studies at the political affairs department.

1st: Mr. LARE Bayamingatb, clerk in charge of mail at the General Secretariat;

The winners win envelopes and lots of equipment.