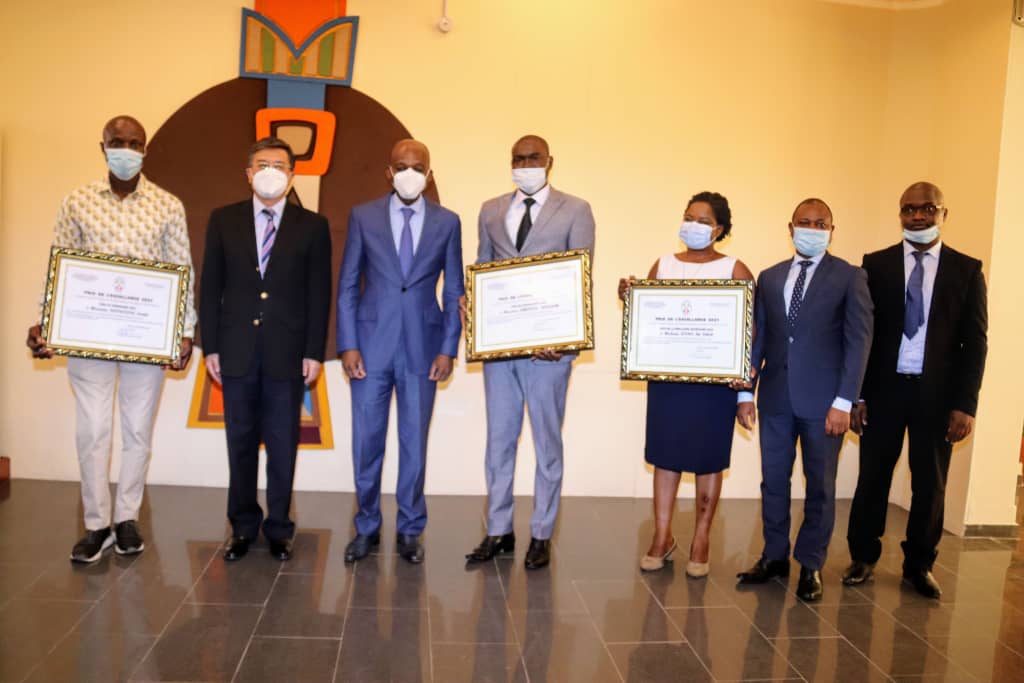 The Excellence Award (Prix de l’Excellence) is an initiative launched in 2014 by          H.E. Prof. Robert DUSSEY, Minister of Foreign Affairs, Regional Integration and Togolese Abroad. It aims to salute the merit of officials of the ministry who, during the year, have shown loyalty dedication and commitment in the accomplishment of their tasks. It is about encouraging everyone to give the best of himself for the influence of Togolese diplomacy in the world.

The evaluation process that led to the designation of this 7th edition’s winners includes two main components:

– First a “peer review” reveals the appreciation of the official by his colleagues is conducted:  members of the personnel designate by vote, on a list of candidates nominated by the directors, the one whom they consider to deserve the Excellence Award. This phase counts for 25% of the evaluation for junior officers (Excellence Award), 50% for executive assistants (Best Assistant’s Award) and 100% for the Staff Award (drivers, maintenance workers and others);

– An assessment of professional skills and competences is made by a neutral and independent jury appointed to the ministry by the national employment agency (ANPE) for the second step. The evaluation by the jury represents 75% for junior officers and 50% for assistants. There was no interview for the category of drivers and maintenance workers.

At the end of this process, the winners of the 2021 Excellence Award are:

•  The Excellence Award: Mr. AMADOU Ibrahim, junior officer at the International cooperation departement of (DCI). He wins cash and a lot of equipments including a refrigerator.