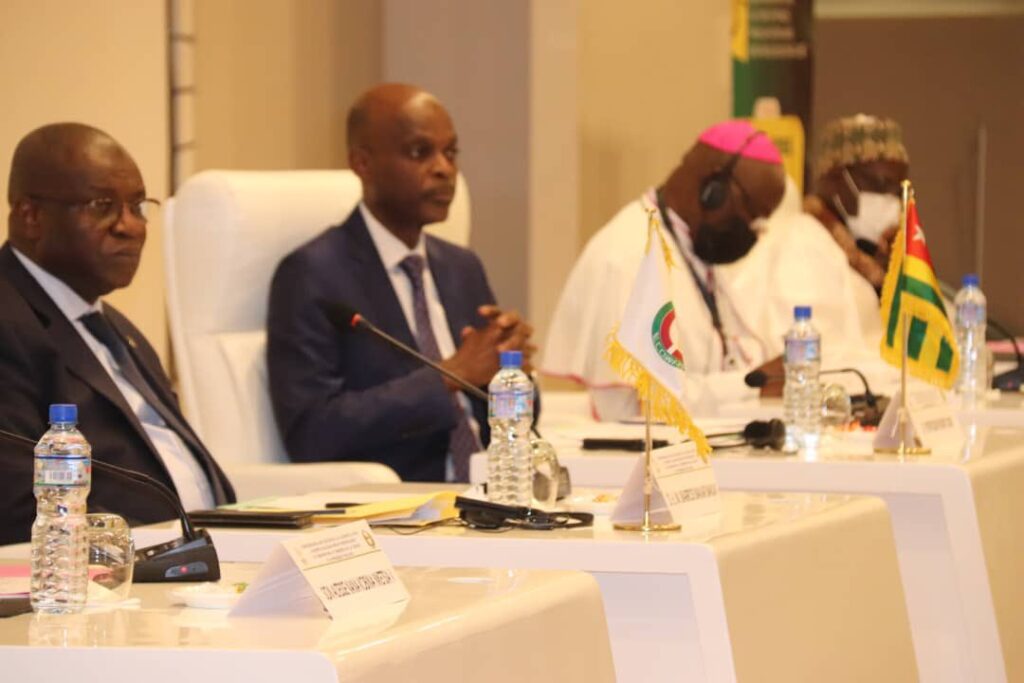 We, participants of the third edition of the ECOWAS Forum on Education for the Culture of Peace through Intra and inter-Religious Dialogue, held in Lomé, Republic of Togo, from 27 to 29 October 2022 ;

Considering the Charter of the United Nations, in particular the provisions relating to the maintenance of peace, security and the settlement of international disputes through peaceful mechanisms ;

Taking into account the UNESCO Constitution, signed on 16 November 1945 in London, which states in its preamble that “it is in the minds of men that the defences of peace must be raised”, as well as the institution’s Declaration of Principles on Tolerance, adopted on 16 November 1995 in Paris, which stresses that “tolerance is a virtue that makes peace possible and helps to substitute a culture of peace for the culture of war” ;

Bearing in mind the fundamental texts, protocols and decisions of the African Union on the promotion of peace at the continental level, more precisely the Constitutive Act adopted on 9 July 2000 in Lomé, the Protocol on the establishment of the Peace and Security Council adopted on 9 July 2002 in Durban, Agenda 2063 adopted in 2015 and the Decision on the Main Roadmap of Practical Measures to Silence Arms in Africa ;

Considering the Revised Treaty of the Economic Community of West African States signed on 24 July 1993 in Cotonou and all its relevant mechanisms for the prevention, management and resolution of conflicts and the promotion of peace, In particular, the Protocol on the Mechanism for the Prevention, Management, Conflict Resolution, Peacekeeping and Security of December 1999 ;

Recalling Togo’s Strategy for the Sahel and all national texts for the promotion and defence of peace in a regional and interregional environment characterized by new security challenges due to the expansion of the terrorist threat ;

Stressing the deep and perpetual aspiration of the human race and of all the peoples of the earth to peace and tranquillity ;

Reiterating the right of the peoples of Africa to peace and their legitimate expectations to live in a united, integrated, prosperous and peaceful continent ;

Reaffirming the intrinsic link between peace and sustainable development and our collective determination to serve and contribute to advancing the cause of world peace for the benefit of all ;

Convinced that the culture of peace can help break with the logic of war which is not a fatality inscribed in human nature ;

Aware that today we face the imperative need to rekindle in people’s minds the candle of peace and to reactivate in the conscience of humanity the seeds of peace ;

Considering that dialogue, mediation and tolerance are effective vectors or mechanisms for promoting peace ;

Noting the importance of dialogue in the effort to build peace, pacify human relations and resolve international disputes ;

Noting also the indispensable role played by mediation in the settlement of conflicts in a world in full mutation, reconstruction and prey to instabilities ;

Firmly committed to tolerance, which plays an essential role in the development and preservation of relations of brotherhood, friendship, good neighbourliness and peaceful coexistence between peoples, to the detriment of ideologies of hatred, extremists and warmongers ;

Noting with satisfaction that the search for peace constitutes the foundation of the foreign policy of the Republic of Togo ;

Considering the characteristic hospitality of the city of Lomé, rich in its openness to different African cultures and elsewhere, and its historical positioning as a negotiating place that has led to the resolution of multiple conflicts in Africa ;

Bearing in mind the major regional and international conferences hosted by Lomé on peace and security issues  ;

Considering Lomé’s constancy, determination and proactive commitment to peace in the regional and interregional space today;

Asking States, partners and the entire international community to support Lomé’s efforts to prevent, resolve conflicts and promote peace on the continent and in West Africa.