ACP-EU negotiations: Taking the road to prosperity together 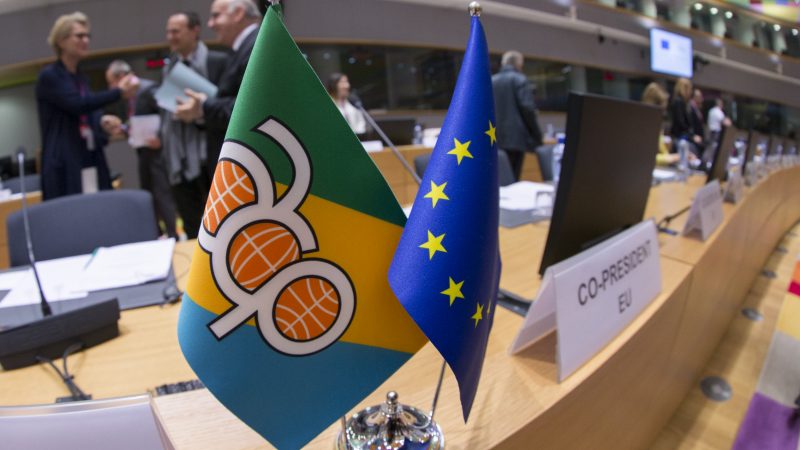 Talks on a new agreement between the ACP and the EU will only bear fruit if both parties take the road to prosperity together, writes the ACP’s chief negotiator, Robert Dussey, on the post-Cotonou talks.

Prof. Robert Dussey is the Minister of Foreign Affairs, Cooperation and African Integration of Togo, and the Chief Negotiator of the ACP Group for the post-Cotonou agreement.

The scheduled expiry of the Cotonou Agreement in 2020 is not the end of the ACP-EU partnership. Both parties are currently in discussion and negotiations for a new partnership agreement will begin on 1 October. The novelty of the envisaged agreement lies in its structure. The agreement will have a common basis applicable to all of the partnership members and three regional partnerships specific to Africa, the Caribbean and the Pacific.

The post-Cotonou agreement has to help to achieve sustainable development in the ACP countries. The right of ACP peoples to development, the SDGs, the Paris Agreement on climate change and the African Union’s Agenda 2063 must be at the heart of the future ACP-EU partnership agreement.

We have reason to hope, but hope for the future of our partnership is only legitimate if it is based on the commitment of both parties to take the road to prosperity together. The ACP-EU partnership can only keep its promises if it does not negate the development efforts of the ACP countries themselves or cause the dismantling of their young industries and economies.

We need more ambition and imagination to understand the new challenges of our cooperation, which we hope and want to be more productive, fairer and more responsible. The ACP countries are less hoping for charity than justice and equity in the terms of the future partnership agreement.

The topics to include on the negotiating agenda are varied and will touch on areas such as the economy and investment, development cooperation, research and technological innovation, climate change, the war on poverty, security, political dialogue and migration. Having met the expectations of both parties on the common basis of the agreement, negotiations on the three regional pillars will be launched. The objective is to reach an agreement which fully takes account of the realities and problems of every geographical area of the ACP Group.

The advantage of this approach is that it offers every region of the ACP countries the opportunity to influence, or, if necessary, to take charge of the technical negotiations on its strategic priorities. This approach is in line with the desire of the various regions, particularly that clearly expressed by Africa to have a completely decomplexed partnership with Europe in a strictly equal relationship.

Migration is likely to be a key point of the EU-Africa pillar of the agreement but it must not circumvent the relevance of the debate or negatively impact the terms of our future cooperation agreement.

Moreover, we remain convinced that the horizon of the ACP-EU partnership remains open. The upcoming negotiations are fast approaching. The challenges are essential ones and the stakes are high. A truly fair and just partnership agreement between Europe and the ACP countries will have, certainly for Africa, the Caribbean and the Pacific, benefits that previous agreements have never had. I would like to finish with a thought by Gaston Berger: “Tomorrow will not be like yesterday. It will be something new and will depend on us.”